Have you ever wondered why there isn’t a well versed description for the life altering, confusing and mind blowing transition to becoming a parent? There is a word for every other period of change in life such as adolescence which is equally as new, crazy and confusing as becoming a parent surely?

It wasn’t until recently googling furiously topics on motherhood (having recently just become one myself) and stumbled cross a Ted Talk by Alexandra Sacks (reproductive psychiatrist) who talks so eloquently, simply and passionately about Matrescence… the word anthropologists have coined to describe transitioning to motherhood or (as I like to be inclusive).. the transition to becoming a parent of any shape or form. Hooray there is a word for all of these conflicting feelings, emotions, highs, lows, bodily changes, relationship, identity and you name it changes which we as parents all experience in some form or another along the journey.

As parents we have the feeling and societal pressure that we should be grateful 24/7 during pregnancy and for the eternity of parenthood and when we feel anything other than this the guilt rears its ugly head and we start to question ourselves, our mental health, our capability as a mother and our gratitude levels. What no one tells you or focuses on is the vast identity shift for a parent, once the baby is here all of the information and support is related to the baby’s development which whilst is paramount doesn’t change the fact that many people are struggling and think this is abnormal which just isn’t true.

There is still a stink of stigma in societal air about admitting you are struggling as a parent or the transitional journey to becoming one and so many parents or future parents (including those struggling with fertility or baby loss) don’t talk to anyone about this and battle on alone for fear of being ‘judged’…. what they don’t know is that others have the same feelings, life shifts and worries at some point and that it is normal.. it doesn’t necessarily mean depression or anxiety but ironically if the isolation worsens it can then lead to more serious conditions.

If our culture normalised experiences of parenthood and dismissed the notion of perfection and instead widely understood it as the necessary psychological development involved in becoming a parent I can guarantee there would be less mis-diagnosis of serious conditions .. this is why when I came across the word Matrescence the world made sense… it is crazy to change your whole life physically and mentally and there not be a word for it… let’s all spread the word on Matrescence! 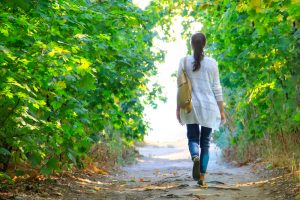 Did you know that may is national walking month?  A great excuse for making the most of the longer days and spring sunshine. A good… 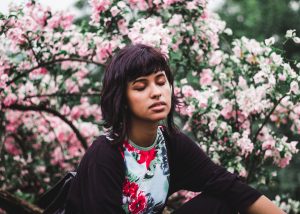 Spring is officially here! The season of transformation and growth – and a good time to focus on new beginnings. As the days get longer…

Power of the Mindset

Comfort and Coping for Loneliness

How to cope when you’re feeling stressed