As Ruth Timms explains, Yin Yoga is a wonderful compliment to more fast-paced styles of Yoga, such as ashtanga, and sports, such as running, cycling and weight training.

In Chinese Taoist philosophy, yin and yang describe how seemingly opposite or contrary forces may actually be complementary and interdependent in the natural world. As the small black and white dots in the yin/yang symbol represent, there is always an element of yin in yang and yang in yin. “Recognise beauty and ugliness is born. Recognise good and evil is born” (Tao Te Ching, Translated by Stephen Addiss and Stanley Lombardo, 1993, p. 2).

When there is perfect balance, this is called the ‘Tao’. Tao is usually translated as the ‘Way’. “Tao: the unspoken, the whole, the present, the experience of being balanced.” (Serenity Yin Yoga, Magdalena Mecweld, p.13).

A counterpoint to the dynamic, fast-paced ‘yang’ styles of yoga

Taoist philosophy in relation to yoga is a relatively recent phenomenon. Paul Grilley and later Sarah Powers are frequently cited as the first yoga teachers to coin the phrase ‘yin yoga’ in the late 80s/early 90s. Both were looking for a counterpoint to the dynamic, fast-paced ‘yang’ styles of yoga they were practising, and Taoism and yin seemed to provide the answer. Since then there has been a yin yoga explosion and you will now find yin classes being taught in many yoga studios across the world alongside the more traditional styles, such as Ashtanga, Iyengar, Vinyasa Flow and Hatha.

The more traditional styles of yoga tend to be quite ‘yang’ in quality. Yang yoga brings strength and heat into the body. Postures are usually dynamic and active. Sun salutations, warrior and balancing poses are all excellent examples of yang yoga. Practising in this way focuses the mind and burns away impurities by firing up the digestive and lymphatic systems. These postures make you feel strong, energised and awake.

Yin yoga on the other hand is cooling and calming. Postures are held for 3-5 minutes whilst sitting or lying with a passive body. This practice lends itself to introspection and mindfulness as you’re invited to slow down, take stock and stay in posture – even when the stretch feels intense. Yin is a wonderful compliment to yang styles of yoga, such as ashtanga, and ‘yang’ sports, such as running, cycling and weight training.

Yin yoga is about relaxation

Another major difference between yang and yin yoga is that yang styles focus primarily on the muscles of the body. The repetitions and more rapid movements of styles such as ashtanga and vinyasa flow encourage strength and tone. Yin yoga on the other hand, works more with the connective tissue, joints and ligaments. Muscles are invited to relax so that fascia and other connective tissue can unbind and release as the practitioner stays in posture and finds stillness.

One of the many appealing aspects of yin yoga is that it is accessible to anyone. I think sometimes people can be intimidated or put off by the Insta-yoga culture of usually beautiful young women, contorting their bodies into yoga poses designed to look impressive on social media. In contrast to this, yin yoga is perhaps more approachable, it doesn’t necessarily require any equipment and it can be done anywhere. The external visual is unimportant, the internal feeling is paramount. Yin is for everybody.

Slowing your practice down

My first experience of yin yoga was three years ago at the London Festival where I attended a workshop with Norman Blair. I had been teaching for approximately two years at this point and had always had a leaning toward more dynamic styles and in particular vinyasa flow.

Like many yogis who are attracted to the more ‘yang’ styles, I started to become interested in finding ways to slow my practice down. Restorative, with it’s emphasis on relaxation, wasn’t quite what I was looking for but the meditative and at times intense quality of staying in yin yoga postures was a real draw.

This first experience with Norman was very positive. Afterwards, I loved how opened up I felt both physically and psychologically. I loved the element of introspection and I enjoyed the challenge of staying, going deeper and breathing with the intensity. It provided the counter balance to my vinyasa flow practice and teaching that I’d been looking for.

Yin Yoga is also a route into mindfulness. Of course, all yoga practice incorporates mindfulness but the quality of yin yoga where you stay, listen and draw inward, lends itself particularly well to coming into a meditative or more mindful state, I feel.

If your life is busy, if you spend a lot of time rushing from one activity to another, maybe adding some yin yoga to your yang lifestyle could help to provide some inner balance.

Ruth teaches yoga in Bath and London, contact us to find out when she’s next teaching at on route. 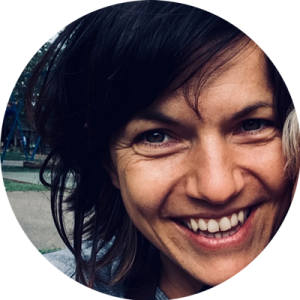 We all know that there are several health benefits to yoga, from improving flexibility, better sleep quality, relieving back pain and headaches and overall increased…

Power of the Mindset

Comfort and Coping for Loneliness

How to cope when you’re feeling stressed